Took a while, and this review is honestly pretty rushed if anything.

Nobunaga’s Ambition: Shinsei is not exactly a bad game, but it is plagued with many flaws like questionable design choices, graphical inconsistencies and a forgettable soundtrack. I hope the game improves with the PUK expansion AND then the west get that version of the game localized.

… Let’s just hope this poor mess of a review doesn’t discourage Koei Tecmo away from localizing the game though. 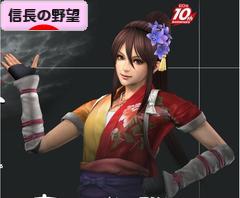